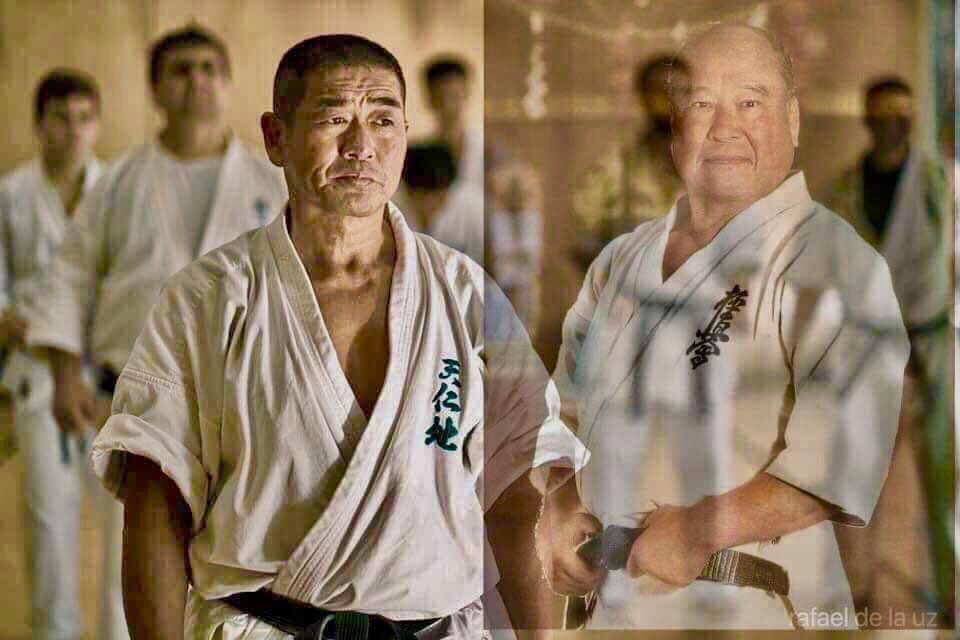 ☆Previously, Shihan Sean translated the article I posted into English.

Thank you very much.

☆The founder of Kyokushin Karate and our master, Mas Oyama Sosai often said “I will teach you the basics (kihon), but it is up to the individual to grasp the essence of karate.” That explanation in itself equates to one part of the meaning of essence to me.

In that sense. Sosai would not teach us something concretely, rather he would give us pieces of advice and triggers and then leave it up to us to work it out.

Sosai’s advice was never overly wordy, but I always try to give examples of his advice whenever I conduct seminars overseas. It stems back to the time when I had just received my blackbelt. The advice Sosai gave then is something I now consider to be one of the most important points and, to me, a type of commandment I adhere to. Saying that, I forgot to talk about it at the Washington DC seminar, so here it is.

Before I explain his advice, please understand that the content isn’t something new, in fact it can be considered a type of common sense. But, when Sosai talked about it, the weight and significance it had in terms of training and penetrating your mind and soul was amazing. His advice was given to me when we were alone together.

I had just become a shodan blackbelt. I was in a depressed state of mind as I felt the quality of kumite was horrible in the 10 fights I had to do as part of my grading. Among all the grading kumite I have done until now for different dans, my best overall result was the 50-man kumite in my godan grading. The one in which I felt invincible and went through with relative ease was the 30-man kumite in my sandan grading. But as for my shodan grading, it was only 10 fights, yet I was absolutely exhausted and lost all confidence.

Sosai saw right through me and offered the following words of advice and encouragement: “Yui-kun, here’s a bit of advice. Now that you’re a blackbelt, you mustn’t feel that you are ‘teaching’ or ‘instructing’. That’ll be the end of you, so remember that in your training.”

I had never been the type to feel as if I was ‘teaching’ or ‘instructing’, but as this was advice given to me by Sosai in private, it rekindled the desire not to feel that way nor consciously use words like ‘teach’ or ‘instruct’.

The more you continue to use words such as ‘teach’ or ‘instruct’, the more susceptible you become to the magical power of the words you use. What I did instead, as a way of avoiding this, was to use expressions such as ‘taking the count’, ‘be in charge of training’, ‘conveying knowledge’ to describe my role as an instructor.

To me, this means that if you don’t train hard yourself, this way of thinking will stay dormant in your sub-conscious. If you are training hard, the students in the dojo will follow suit, so it has mutual benefits for you and for your students.

Saying that, I must point out that it doesn’t mean those that use the language of ‘teaching’ and ‘instructing’ are wrong in any sense of the word. Everyone has a sense of responsibility when they teach and instruct, and I am sure many of you train hard in that way too.

It’s not so much about whether you use those words/expressions or not, but rather the issue of your level of ‘consciousness’ and ‘commitment’ to what you do. Again, that is something that up to the individual.

However, our master, Masutatsu Oyama was a person that can be described as someone who is ‘extremely’ strong due to all of the challenges and obstacles he successfully overcame. As such, he was not one to say anything so simple that anyone could understand. In other words, his words carried weight and depth. So, when he shared is advice with me at the stage of being a fresh, new blackbelt, I knew inside that his words had deep structured meanings to them. It was from this point that I started to be careful of the words I used and endeavored to stem away from the viewpoint and consciousness of ‘teaching’ or ‘instructing’.

Nowadays, my regular training is based on sense of wanting others to feel what I have discovered from Sosai, from what I have come to make sense of and discovered for myself from continuously training. Saying that, I still feel I have a long way to go in my own training, but these feelings are something I hold strong within me to this day. I think it is necessary to pass on what I have learned from Sosai to the next generation whenever the chance arises.

During my time training under Sosai, I had the opportunity to be the model for the Kyokushin instruction video. In actual fact, back then there was an air of dissatisfaction as to why someone like me was chosen to do this, which at times left me with a feeling of unease. At that time, when I was feeling down about this situation, one of my senior sempais from the group of uchi-deshis that had gone before me, Oishi-shihan, offered words of encouragement by saying to me: “I wasn’t asked to do it; Royama-sempai (Royama shihan) wasn’t asked to do it, and not even Matsui Shokei was asked. Yui, you were!!! So think about what it means that Sosai asked you!!”

I thought about it and at first came to the conclusion that the reason Sosai asked me was because I didn’t have any quirks or habits and performed techniques normally. However, after Sosai passed away, Kyokushin has in fact, split into different factions and organizations, and without making judgement on the quality of techniques taught at each dojo, each organization has made their own changes to warm-ups, kihon, ido-geiko and kata.

Then, one day, it dawned upon me. Perhaps, Sosai had chosen me as he had seen through my personality knowing that, and as he had always stressed, I would continue to train and stay loyal to performing techniques as he had taught without putting my own spin on them. So, in that sense, he had made perfect use of my stubborn personality.

I have digressed somewhat here, but in retrospect, I now realize that Sosai’s advice to me about being carefully not to consciously think that I am teaching or instructing is absolutely fundamental to grasping the essence of karate. He somehow knew that I would stay true to that and pass it on to others. Naturally, I am sure he had given this advice to many others as well.

Many dojo operators from various places came to my seminar in Washington DC, so I went there with the intention of passing on some of Sosai’s messages and philosophies. But, as I got so absorbed with the seminar training itself, I forgot to pass this important message on.

“I will teach you the basics, but it is up to you to grasp the essence yourself.”

In other words, this precious advice that I received from Sosai is the most important teaching of all—don’t be instructed, grasp the learnings and essence yourself. It is this type of learning I experienced through my time with Sosai that I think now really needs to be passed on at overseas seminars.

For that, I am eternally grateful to our master, Masutatsu Oyama Sosai.  Osu!!! 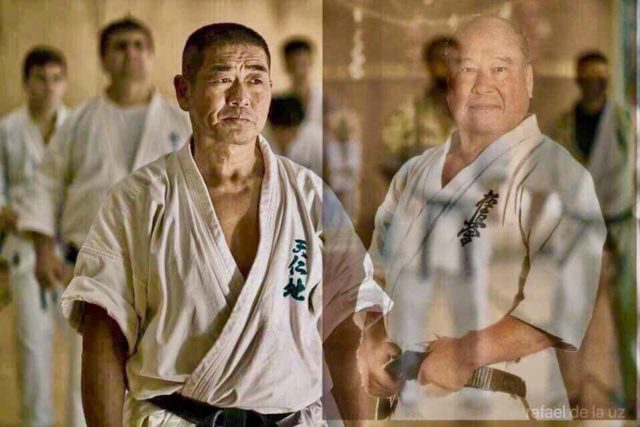 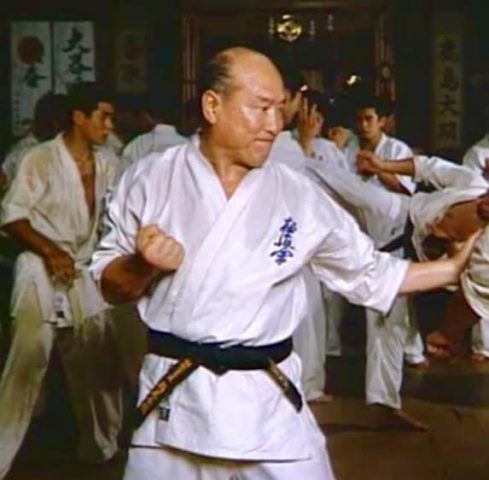 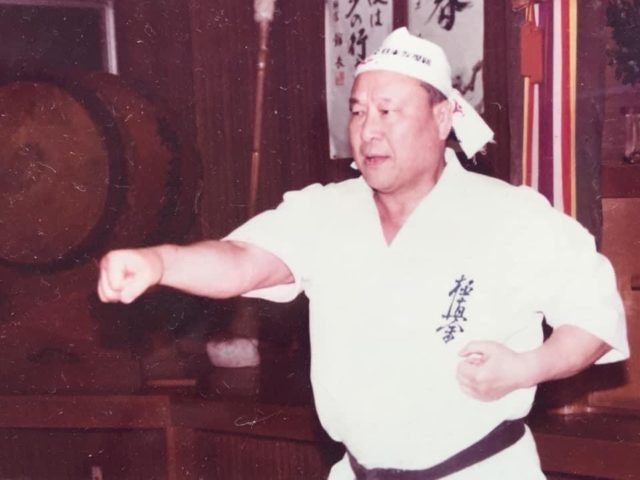 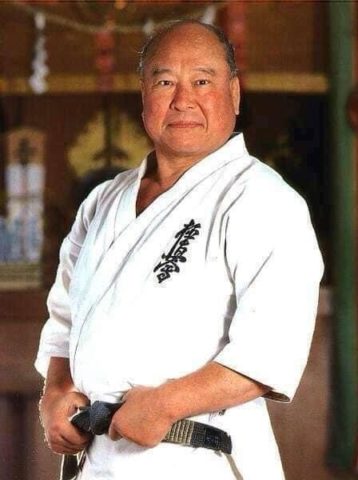